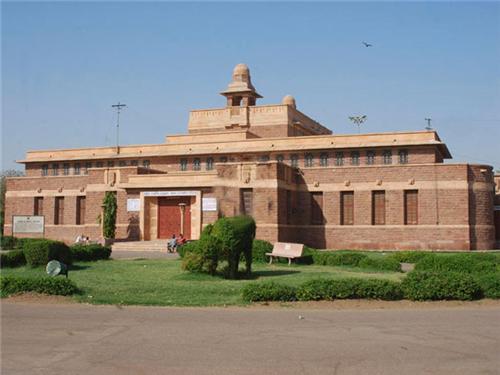 Jodhpur comprises of six districts and is the largest region of Rajasthan state. The sub divisions of Jodhpur consist of Jodhpur, Barmer, Jaisalmer, Sirohi and Jalore. To ensure the smooth running of the district, Jodhpur has been further divided into seven sub-divisions and eleven Talukas, apart from these there are also two independent sub-tehsils or upa-tehsils. The further sub divisions of Jodhpur are Jodhpur, Bhopalgarh, Luni, Osian, Phalodi, Piparcity and Shergarh. The Talukas are Jodhpur, Bhopalgarh, Bawadi, Luni, Osian, Phalodi, Bap, Bilara, Mandor, Shergarh and Balesar, while the independent sub tehsils are Jhanwar and Tinwari.

The Talukas are actually development blocks which have many Panchayat Samitis within them, in order to ensure smooth administration. Except the city of Jodhpur which is looked after by the Municipal Corporation, the towns of Bilara, Piparcity and Phalodi, are all governed by Municipal Councils.  All in all there are around 1794 villages in the Jodhpur District which are looked after by 351 Gram Panchayats.

The Municipal Corporation of Jodhpur has 60 elected member, who are known as corporators or ward members, and they represent their respective wards, which are basically geographical units of a district or city. The ward members are elected by general voting in the ward wise electorate, and serve a period of 5 years. Apart from these 60 elected officials, the corporation also has, 4 Ex- Offcio members, which is comprised of the M.P. 3 MLAs namely from the areas of Sardarpura, Soorsagar and Piparcity, and apart from these there are also 3 nominated members.

The Rural Development and Zila Parishad System in Jodhpur

Almost three fourth of the population of India falls under the Rural scale and is generally characterized by low economic independence, which in turn is inadequate for a quality life. Hence to combat rural poverty, the Rural Development Program along with the Panchayati Raj Department, were created to help in the implementation of the various Central and State Policies. The main objectives of these systems have been to reach out to the under-developed, under-privileged, disadvantaged section of the society and provide them with employment opportunities, as well as support the basic infrastructural fabric that helps in support their sustenance.

At the district level the responsibility of the implementation of the various rural development programs lies in the hands of Zila Parishad. The basic governing body includes the MPs (Members of Parliament), MLAs (Members of Legislative Assembly), district level officials of the various departments, and also representatives from the under-privileged sections of the society. At the Block level, the Block Development Officer heads the administration and at the village level, the Gram Sevaks or the Village Representatives, look after the various developmental programs.