Business and Economy of Jodhpur

It is necessary to have a look at the agricultural and political scenario in Jodhpur to understand the economy of the district. Agriculture and industries are the main source of income in Jodhpur. Tourism also plays a significant role in the development of economy of Jodhpur.

According to village records, out of the total area of 2256405 hectares in Jodhpur, 62.53 percent of area is under cultivation. Maize, bajra, guar, moth, chanwla, moong, till, groundnut, cotton, chilli, barley, wheat, isabgol, mustard, rap, taramira etc. are the main crops grown here. Farmers here mainly depend on wells for the major portion of irrigation. A river, named Luni river also flows seasonally through Jodhpur district. Jodhpur falls under the arid zone of Rajasthan. As the shortage of availability of adequate water, the cropping pattern is by and large single. 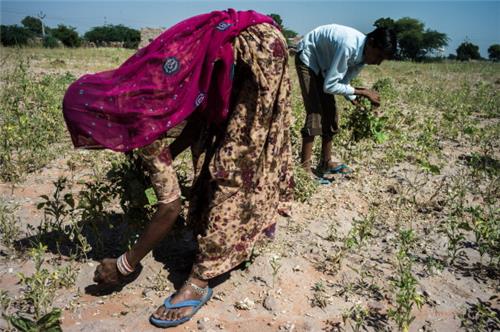 The industrial growth of Jodhpur district is also noticeable. The geographical location of Jodhpur is appropriate for the development of industries and businesses. As the district is centrally located and is one of the important cities of Rajasthan, it is well connected with Lucknow, Ahmedbad, Mumbai, Delhi and other important towns of the state. There a sizeable number of engineering industries in Jodhpur.

Jodhpur in Rajasthan has 21 industrial areas at different places and they have been developed and managed by RIICO. In accordance with the scheme of ministry of commerce, Government of India, an export promotion industrial park has been set up in the Borandada industrial area with an aim of increasing export from Rajasthan, especially Jodhpur. Know more

Tourism is another factor that boosts the economy of Jodhpur like many other districts of Rajasthan. Jodhpur, which is known as the Blue City and the Sun City, has many notable tourist places of interest like Umaid Bhawan Palace. There are many historical monuments, museums and forts in Jodhpur that attract many tourists from all over the world. Know more

Some of the major companies in different industries in Jodhpur are the fllowing.