Craze of Jodhpuri Pants and Suits

With latest fashion trends indulging in a blend of mixing modern apparel with traditional attire; improvisation is the technique used in fashion world across the universe. It is well known that Jodhpuri Pants and Suits also known as Jodhpuris or Bandhgalas have never exited the fashion industry and has been revamped at every step to give the person donning the attire an ethnic yet chic look. So much so that Jodhpur Pants which were created originally for Rajput princess’ polo matches are now hot favourite at parties, charity events and occasions. 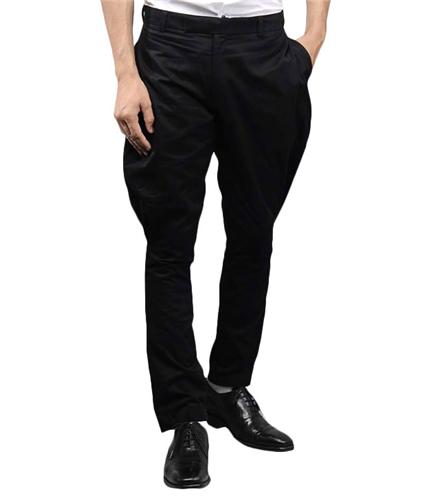 Jodhpuris or suits were innovated to mix Indian and western styles together with snugly fitted coat with Nehru collar and trousers accompanied by vests. The elegant yet royal look can be worn at parties, formal occasions and weddings as well, with hand embroidered designs on silk or any other fabric. Raghavendra Rathore, a fashion designer who hails from a Rajput royal family made the trend of Bandhgalas with ornate embroidery on jamewari fabric and Jodhpur Pants a rage in the fashion world. He also has exclusive rights to the couture he creates under his brand India Image with stores across India and abroad. Among his creations, Jodhpuris Bandhgala or coat, Jodhpur Achkan and Jackets are extremely popular. 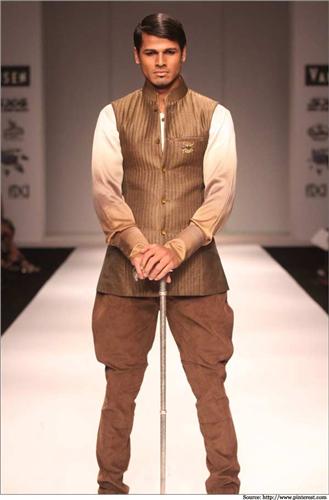 Jodhpuri Pants are an innovation in itself, popularized in the fashion and royal circle by Sir Pratap Singh of Jaipur; who also impressed Queen Victoria so much so that the Polo Team in England copied the flared pants and made them a costume for the players. Originally created as tight fitting pants which fit perfectly and clung to the skin from thigh and calves to the ankle, Jodhpuri Pants were later changed into flared near the thighs and hips and snug from calves to the ankle accompanied by tall riding boots for royals participating in polo matches.

The idea was to enable breathing and avoid chafing of both legs. They are immensely famous in Rajasthan and worn till date in royal and traditional Rajasthani wedding ceremonies.  Later US fashion label Ralph Lauren started producing exclusive Polo T shirts and pants styled in sync with Jodhpuris which are worn not only by polo players but also universal customers.

Explore more about About Jodhpur