Why Is Jodhpur Known As The Blue City? 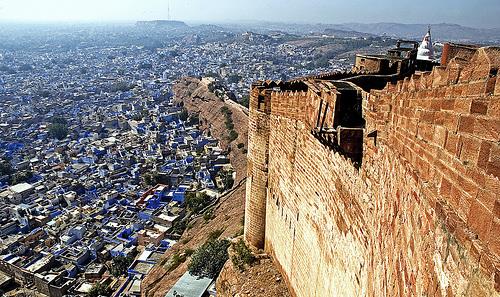 As the scorching sunlight washes the city with its gleaming waves, the quaint houses looking like thousands of little blue dots from the battlement of Meherangarh Fort sooth the eyes, and a comfortable coolness transcends from the eyes to the soul. Yes, we are talking about Jodhpur, the beautiful ‘Blue City’ of Rajasthan.

The second largest city of the state, Jodhpur is located on the verge of the Thar Desert. A trip to this stunning city would be a fascinating and a memorable experience. History is evident in everywhere in the city where you can experience numerous thick and cramming lanes, by-lanes, crowded markets, and busy businessmen, ladies wearing attractively colourful dresses, laidback children playing on the road, cows and dogs roaming completely aplomb amidst the human world.

But the most prominent feature of Jodhpur is none other than the colour of the houses around the Mehrangarh Fort. It is like someone painted this certain part of the city in blue! Hence, the city is called the ‘Blue City’! 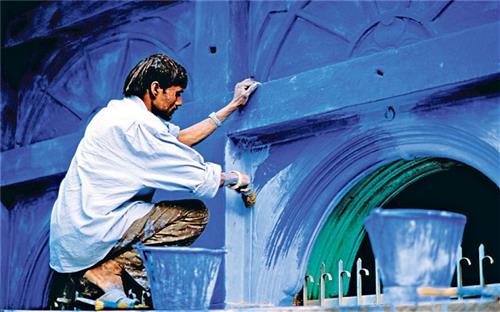 There always a little history and a lot of mystery lie together behind every legend. Jodhpur is famously known as the Blue City as all the houses of a particular part surrounding the iconic Mehrangarh Fort are painted in colour blue, precisely indigo.

It certainly evokes the question that why the city is called the Blue City. Why all these houses are painted in blue? The city dwellers have many answers though no specific one actually resolves the mystery! But after searching a little further on this, one could get not one, but at least three potential reasons for this city to achieve this famous sobriquet! Let’s look deep into this interesting quest.

To Keep The City Cool 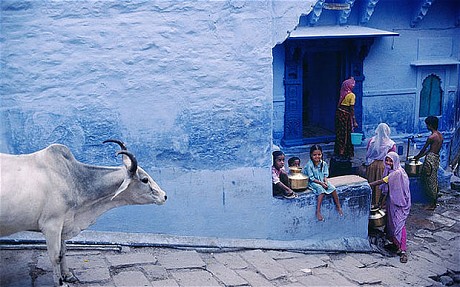 It is the tritest answer of why the city is called blue city and it is promoted by the maximum number of local people of Jodhpur. Truly, the city is one of the hottest and driest cities of Rajasthan thanks to its geographic location. And according to the local people, the colour blue helps keeping the summertime heat under control.

Many years ago, the citizens realized this fact and started painting their houses in blue. That method has then become a tradition. But, if it was the real reason then why only a certain part of the city was coloured blue as the whole city faces the similar weather condition during summer? Or, why did cities like Jaisalmer or Bikaner which also face the same or even harsher heat not adopt the similar cooling method? There are no justifiable answers to such questions which in a way tell us that it is not exactly the right reason!

Did the Indian Caste System Have Anything To Do With This? 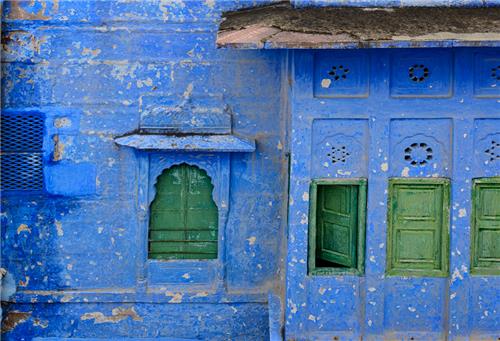 The colour mystery of Jodhpur probably has a more believable answer which takes us back in the time when the Hindu caste-system was a determining factor for social position. Many believe that the blue painting was started by the Brahmin (the priestly caste of the Hindus) residents of the old city in order to separate their own houses from the others belonging to the lower caste people. Still, many people refer these houses as the ‘Brahmin Houses’. Interestingly, most of the blue painted houses actually belong to the Brahmin community. It may be a coincidence though, as several non-Brahmin residents can also be found in these houses. And that is why this Brahmin logic is not also a foolproof one. 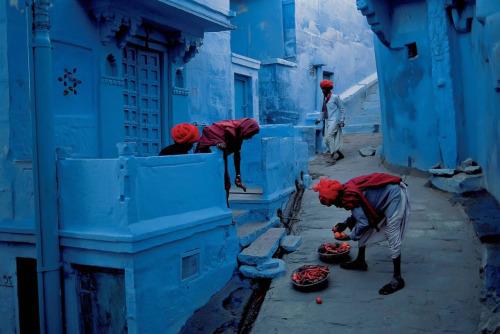 The last and the most interesting reason could be the termites! Yes, according to many, these seemingly innocent yet destructive bugs were probably another reason for why these houses were painted in blue. People who advocate this theory has their point. They say that historically the little termites severely spoiled a large number of building-structures of Jodhpur.

They literally ate out the buildings from the core and to get rid of these unwelcoming pests the residents repelled and warded them off by painting the houses using indigo, copper sulphate and some other chemicals. And now the necessity has become the tradition for the dwellers. Anyway, like the other ones, this termite-theory also has people for and against it. 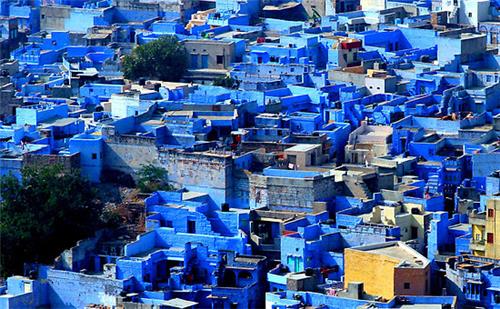 But finally no particular logic justifies the origin of these blue houses around the mighty Mehrangarh Fort. Like most other mysteries this would also be an unresolved one for the seekers. The question that why Jodhpur is called the Blue City may never get answered properly; but the city would always remain as fascinating as ever. And whenever we would watch the old town over from the Fort, we would continue getting beguiled by the cryptic beauty of the Blue City.

Explore more about History of Jodhpur