Parks and Gardens in Jodhpur

The beauty of nature and all things natural captivate everyone’s heart and in the midst of the bustling city, parks and gardens provide, not only respite, but also aesthetic beauty that pleases the senses. Jodhpur has some really beautifully landscaped parks and gardens to its merit, which have known to attract visitors for years now. Not only are they a beautiful sight to behold, they also a change of scenery from the stark desert landscape, that surrounds the city.

Some of the most famous parks and gardens of Jodhpur are; 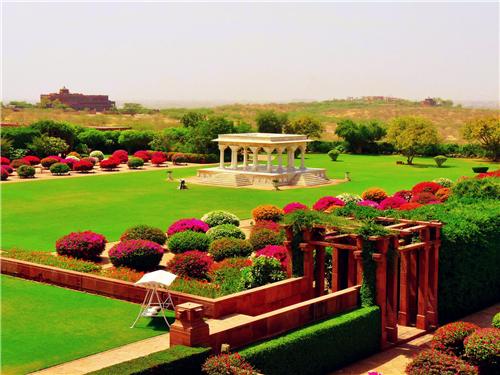 Spread on a vast area of almost 82 acres Ummed Garden, is one of the most popular gardens of Jodhpur. Developed by the then Maharaja of Jodhpur, Maharaja Umed Singh, the garden too takes a name after him. The garden has five different entries, in order to facilitate the crowd that visits it each day, and also to provide various vantage points for viewing the compound. The lush greenery of the lawns, that are shrouded in places by roses of great beauty, and other seasonal flowers are truly a magnificent sight to behold. The complex also houses fountains, a museum, a library and a zoo, making it a one of a kind place.

The zoo in Ummed Garden was inaugurated by the then Viceroy of India, Viceroy Willingdon, and at the time of the inauguration, the zoo housed within it lions, tigers, a zebra, an ostrich, an emu, and there were separate cages that were made, for various species of monkeys.  The beautiful ‘Walk-in-Aviary’ was built in the year 1978, and currently houses various kinds of birds that belong to various regions, and include African and Australian Parrots, Pigeons, birds of local variety, rabbits, ducks etc. It is of paramount importance that the animals get as much as natural habitat simulation as they can in the zoo, hence they are very well kept.

Opposite the aviary, there are large cages for the bears, and they are quite imposing to watch. Apart from the aforementioned animals, the zoo is also home to Crocodiles, Foxes, Deer, Lions, Leopards etc.This mixed bag of wonders that the garden holds for its visitors, makes it popular amongst adults and children alike. Not only does the natural beauty of the garden mesmerize visitors, it is also a wonderful place for children to learn about nature. 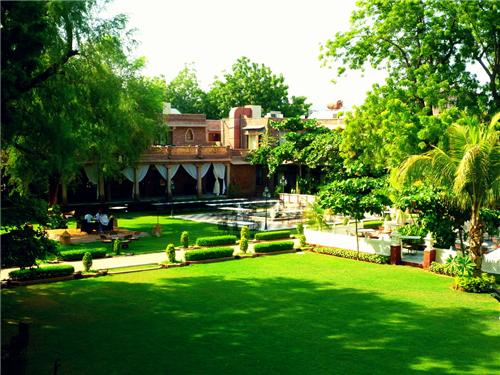 Nehru Park is a perfect blend of beauty and serenity, which makes it one of the best parks of Jodhpur. The park is spread over an area of almost 14 acres and was specially designed for children. Inaugurated on the 7th of September 1966 by the then Chief Minister of Rajasthan, Shri Mohan Lal Sukhadia; the park takes its name after the first Prime Minister of India, Pandit Jawahar Lal Nehru, who is known to have been very fond of children, and was lovingly referred to as ‘Chacha Nehru’.

The site of the park earlier housed a pond called Bakhat Sagar Pond, but with the rapid passage of time the condition of the pond deteriorated as the city’s water started collecting there. In order to save the pond the upper portion was converted into a residential colony called the Bakhat Sagar Colony, whereas the lower portions of the pond contains within in what is known as the Nehru Park today.

The park contains within its complex various fountains, ponds, flowerbeds, swings, trees and plants etc. which make it an almost idyllic location for children to play and make merry, and for adults to relax. 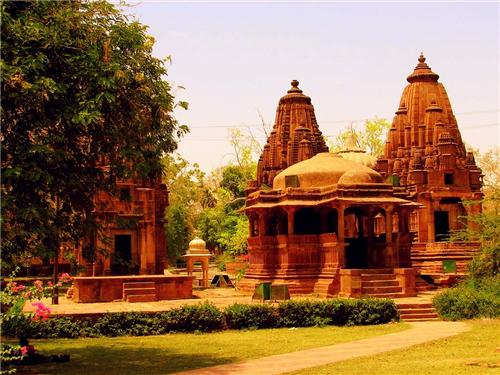 Mandore was the ancient capital of the kingdom of Marwar before it was replaced by Jodhpur, and it lies almost 8 kms away from the city. Mandore Garden is open to visitors from 8 A.M. to 8 P.M. and is quite popular amongst the tourists for its high rock terrace.

What makes the Mandore garden different from other gardens is the remnants of history that it houses with its complex. The cenotaphs at the Mandore Garden are quite different from the usual arch shaped cenotaphs that are atypical to Rajasthani architecture. The cenotaphs that are found in Mandore are more along the lines of Hindu Temples, wherein they are four stories high, with columns and elegant spires, which are all made from red sandstone. The most famous cenotaph is that of Maharaja Ajit Singh, and all the cenotaphs of the Maharajas are located in the midst of beautifully landscaped gardens. The cenotaphs of the Maharanis, are situated over the hill, on rocky outcrops.

The ‘Hall of Heroes’ lies quite close to the cenotaphs, and is dedicated to various Rajput folk heroes and deities. The statues in the hall are carved out on the rocks and are painted in bright hues. Also housed within the garden complex is ‘The Shrine of the Three Hundred Million Gods’, which are filled with colorful images of the various gods and deities belonging to the Hindu tradition. Another added attraction of the garden are the ruins of the ancient city of Mandore that can be visited after climbing the hill.

For a lesson steeped in nature and history, Mandore garden is a must visit for anyone who visits Jodhpur.