Steeped in history and culture, Jodhpur is the second largest city in Rajasthan. Also known as the ‘Blue City’, Jodhpur has for long been a tourist hotspot, owing to the authentic cultural experience that it affronts to its visitors. Historically speaking Jodhpur was the capital of the kingdom of Marwar, and the Mehrangarh fort is a testament to the royal grandeur of the princely times. It is the blue colored houses around the fort, that glimmer against the stark desert landscape, and have begotten the city its popular moniker. 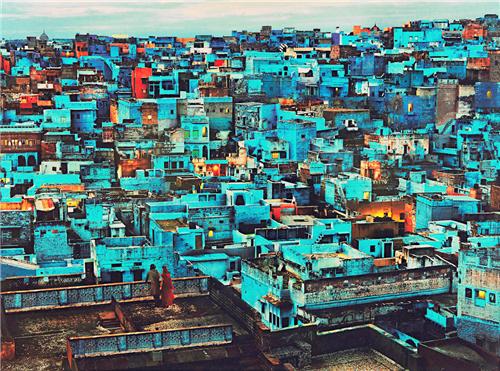 Founded in 1459 by Rao Jodha, of the Rajput Rathore clan, Jodhpur’s strategic location between Gujarat and Delhi, made it the crowning jewel of the Marwar Empire. As trade flourished in the desert state, Jodhpur was famous for exporting opium, silk, copper, date palms and coffee. The rise and fall of the empires in North India, since its inception, were witnessed by the city, and also affected it. Under the Mughal rule, the exposure brought in cultural and architectural influences to the city, whilst under the British Raj, Jodhpur had the largest area in the Rajputana. When India gained its independence in 1947, Jodhpur became a part of the Union of India and after the State reorganization Act of 1956 it became a part of the state of Rajasthan.

Being a land that was at the helm of the Rajputana power, Jodhpur has its fair share of forts, temples, palaces, gardens etc. As with most royal fortifications Jodhpur too has a famous fort to its name, the mighty Mehrangarh Fort, is one of the largest forts in India, and holds within it a treasure trove of regalia. Jodhpur also has to its repertoire, the last constructed palace in India, the luxurious Umaid Bhavan Palace, which is also a part luxury heritage hotel now. Temples like the Achal Nath Shivalaya, Ganesh Temple etc. are sites for pilgrimages in the city; and if your eyes crave natural beauty there are many lakes like Ranisar Padmasar etc. and beautiful gardens like the Umed garden which are strewn across the city.

Not only are there enough historic attractions within Jodhpur, but there are also places like the historical city of Mandore, which is just 8 kms from Jodhpur and was the capital of the Marwar region before it.  On the way to Mandore also lies Balsamand Lake, which has been converted into a luxury resort. Apart from these there is also the option of visiting the Kaylana Lake, wherein one can spend some relaxing time, and enjoy boating even. No matter what your preferences may be, Jodhpur can cater to all that yours eyes might desire to see and experience.

Activities to do in Jodhpur

Shopping at the Old City Markets

Jodhpur is a shopper’s paradise, and in the narrow lanes of Sarafa Bazaar, Tripolia Bazaar etc. you will find a cornucopia of finds like, tie and dye textiles, leather shoes, antiques, handicrafts, carpets, handlooms etc. Jodhpur is famous for its leather footwear and textiles, especially the indigenous ‘Bandhini’ which is a very fine and intricate tie and dye method, that the Jodhpuri textile makers have an expertise in. Apart from that the world famous royal breeches known as ‘Jodhpuris’, are that special something that can give you an air of regalia. 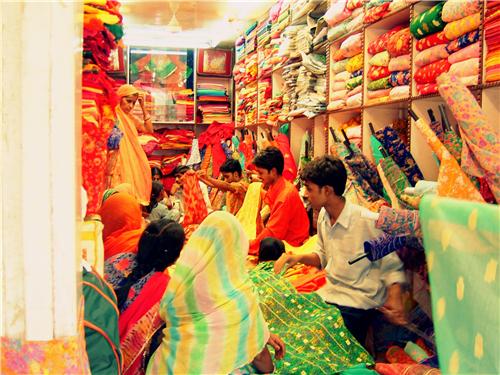 Savour the delicacies of the royal city

Unbeknownst to many, a lot of the authentic Rajasthani cuisines have their origin in Jodhpur, dishes like Kachori, Mirchi Bada, Gutte ki Subzi, Makhaniya Lassi etc. to name a few, have been contributed by the Jodhpuri chefs to the Indian palate. Jodhpur is also very famous for its sweets, so much so that it’s a part of their hospitality tradition called ‘Mithi Manuhar’. When in Jodhpur you have to try Maave ki Kachori, Maakhan Vade etc. and the best places to find them would be Janta Sweet Home, Pokhar Sweets and Jodhpur Sweet Home.

Apart from the food, Jodhpur also caters to the Spice connoisseurs of the world, and you can visit the Sardar Market at Nai Sarak, wherein you will find spice shops by the dozen. For those of you who are true foodies and would also like a hand at cooking, there is an eclectic cookery class that goes by the name Spice Paradise, which you must try. Hosted by the humble couple the Kumars, it is a lesson in cooking that you will thoroughly relish. 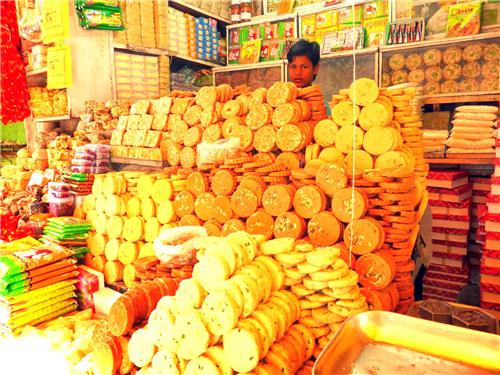 How to Get to Jodhpur

Jodhpur is well connected by road, and there are enough options that you can exercise. You can hire a taxi, as taxi operators charge by the km, otherwise the RSRTC (Rajasthan State Road Transportation Corporation) provides an excellent service, as you have many AC Buses shuffling to and fro from major cities.

Distances of some major cities from Jodhpur are mentioned below:

The Jodhpur Railway Station lies in the heart of the town, and is the divisional headquarter for the North-Western Railways.  It is well connected to major Indian cities, and even has direct trains to cities like, Indore, Delhi, Mumbai, Lucknow etc.  Apart from the usual train services, the Luxury Train services namely Palace on Wheels and Royal Rajasthan on Wheels, too feature Jodhpur as a stop, so if you’re looking for a magnificently royal experience, these two are your best bet.

Almost 5 kms from downtown main city lies the Jodhpur Airport, which one of the best in the state. There are daily flights to Delhi and Bombay from the Airport and it is in the process of being upgraded to a world class International Airport.

Getting around in the City:

Getting around in Jodhpur is not really a hassle for you have the option of the Auto Rickshaw, which will take you around the city. For a little far flung destinations, one can always hire a taxi, where you will be charged by the km, and can have it for the entire day at your service if you want to rent it by the hour.

Apart from these you can also rent a car, or if you’re feeling particularly brave the local mini buses also stand as an option. 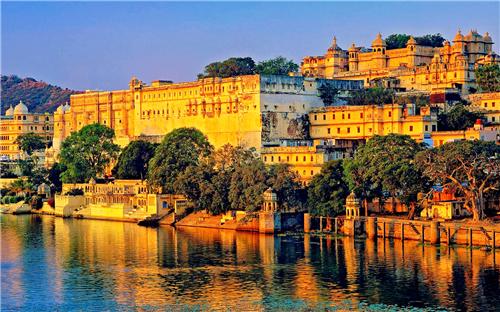 October to March is generally considered the best time to visit the city as the temperature and climate is more amicable. Added attractions during these times is the Marwar Festival, which gives you an insight into the city’s royal past. The Rajasthan International Folk Festival also takes place around Oct/Nov, wherein you can partake in the culture of Rajasthan with the majestic Mehrangarh Fort as the backdrop.