Also known as the ‘Blue City’, Jodhpur is not only the second largest city in Rajasthan but also one of the most popular tourist destinations in the state. Visitors from all over the country come to visit Jodhpur because this city is a living proof of the true culture and tradition of Rajasthan. The entire city is built around numerous forts, palaces and monuments, which are very popular among tourists. Here are some of the most famous sightseeing spots in Jodhpur:

Mehrangarh Fort
One of the largest and the most impressive forts in India, Mehrangarh Fort is located on a hill of about 150 meters and provides a breathtaking view of the ‘Blue City’. The fort is especially known for its rich depositary of fine arts from the Mughal era. It is the only fort in the country that houses a professional museum. Completed in 1459, Mehrangarh Fort is known for its many palaces, galleries and temples inside the fort. It is open all days between 9 am to 4:30 pm. Click here to know more about this majestic fort. 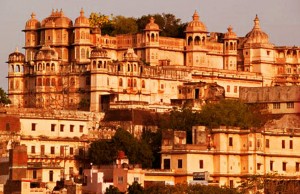 Umaid Bhawan Palace
Umaid Mahal is regarded amongst the largest private residences in the world consisting of 347 rooms. It was the main residence of the royal family of Jodhpur was named in honor of Maharaja Umaid Singh. Umaid Mahal was completed in 1943 and is a mix of Indian and European architecture with a little bit of Rajput tradition. The palace is currently divided into three main parts – a section maintained by the Taj Group of Hotels, the portion belonging to the present royal family and the last section, which consists of a museum dedicated to the royal family of Jodhpur. 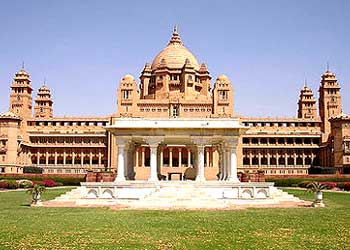 Jaswant Thada
Built in 1899 by Sardar Singh, Jaswant Thada was constructed in the memory of Maharajah Jaswant Singh II, 33rd Rajput ruler of Jodhpur. The entire building is made out of pure white marble and is truly a beautiful sight to see. With several gazebos, a lovely multi-tiered garden and a small lake, Jaswant Thada is an exquisite architectural landmark of Jodhpur. Know more 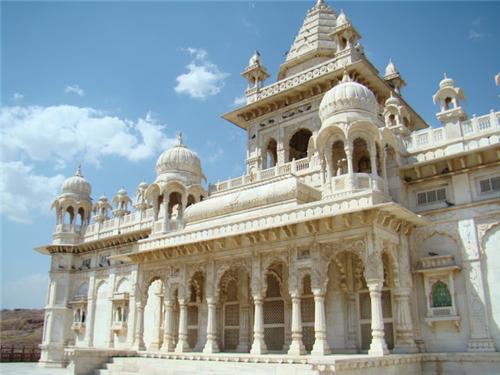 Balsamand Lake
Built in 1159 AD, Balsamand Lake is a beautiful manmade lake that is situated about 5 kilometers from Jodhpur on the Jodhpur – Mandore road. The entire lake is surrounded by lush green gardens with fruit bearing trees like Pomegranate, Mango, Guava, Papaya and Plum. The garden also consists of many animals such as Peacocks and Jackals. Next to the lake, the Balsamand Lake Palace was built as a summerhouse for the royal family. The entire palace is constructed out of special red sandstones, which greatly complement the antique architecture of the palace. However, presently the palace is converted into a Heritage Hotel. Know more 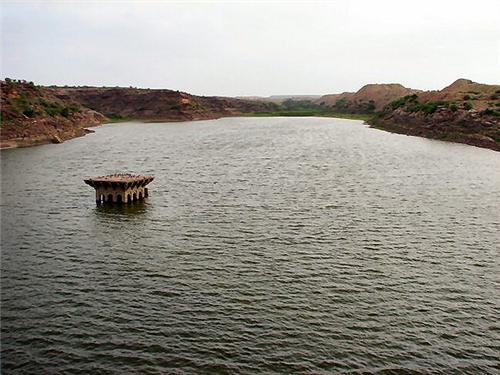 Kaylana Lake
Built in 1872, Kaylana Lake is an artificial lake that was constructed by Pratap Singh, a former Primer Minister of Jodhpur. Situated about 8 kilometers from the city, this lake was once the main hunting ground for the royal family of Jodhpur. The entire lake is spread over an area of 84 square kilometers and is a very famous picnic spot among tourists and locals. Visitors can also enjoy water activities such as boating over here.

Ghanta Ghar
Constructed by Shri Sardar Singh, Ghanta Ghar or Clock Tower is another very popular tourist spot in Rajasthan. Right next to the tower, there is a famous market called Sardar Market, which is very popular for shopping among both locals and tourists. A variety of products such as clay statues, Rajasthani textiles, marble work products and silver jewellery can be found in this market. 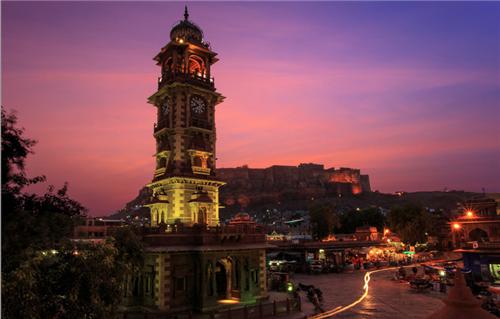 Zenana Mahal
Zenana Mahal was known as the queen’s palace and was built with a purpose of protecting the queens of Jodhpur. It is believed that the entire palace was only guarded by eunuchs. Situated around 5 kilometers from Jodhpur, Zenana Mahal is an exquisite building with beautiful rock carvings and sandstones, which makes the palace a must-see in Jodhpur.

Ganesh Temple
A very popular temple in Jodhpur, Ganesh Temple is situated over Ratanada Hills and consists of an enormous statue of Vinayakji, another name for Lord Ganesh. The idol is about five feet wide and eight feet in height. It is believed that the idol of Vinayakji was found over here about 150 years ago and therefore, a temple was constructed around the idol for the devotees.