Jodhpur, the city that presents the royal ambiance, is well-decorated and allures large number of tourists every year. It has become one of the most favorite holiday destinations for the foreigners too. It offers a great escape from the humdrum of the city life. You can get the flavor of royalty here. With so many palaces and citadels the city of Jodhpur tells the tales of many rulers and their lifestyles. The costumes, food, people and their way of living are so very original and traditional that makes you feel close to the real Sun City. Traditionalism and modernization are equally balanced here. The purity and the down-to-earth feeling of the place attract many travelers from far across the country.

Planning a holiday trip to this part can be really exciting, especially when the transportation system is so well-organized and developed. It is connected with almost all the major cities of the country. It has well established road, rail and air networks. 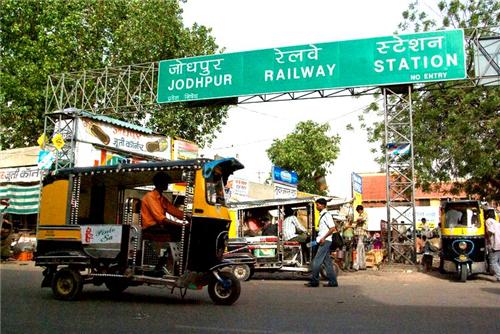 The railway station of Jodhpur is the divisional headquarters of the NWR (North Eastern Railways). It is interconnected with major cities like Delhi, Alwar, Kolkata, Mumbai, Bangalore, Pune, Kota, Trivandrum, Kanpur, Hyderabad, Bareilly, Indore, Ahmedabad, Chennai, Guwahati, Bhopal, Nagpur, Lucknow and many more. Bhagat Ki Kothi or BGKT is another station designed to reduce the pressure of the Jodhpur station. At least 106 trains serve both these stations. Ranthambore Express (Jodhpur to Indore). Marudhar Express, Howrah Superfast, Mandore express are some of important trains originating from this city.

For experiencing the royal opulence and magnificence of Rajasthan you need to book a ticket with Royal Rajasthan on Wheels and Palace on Wheels. These trains were introduced and run by Indian railways and RTDC. The Blue city is one of the destinations of both these trains.

Jodhpur is a center of attraction for both Indian as well as foreign tourists. The Jodhpur Airport was designed beautifully and it is one of the most prominent airports of the Rajasthan. It is yet to be constructed as an international airport. The construction work will start very soon. At presents, there are regular flights from Mumbai and Delhi to Jodhpur operated by Jet airways and Air India. 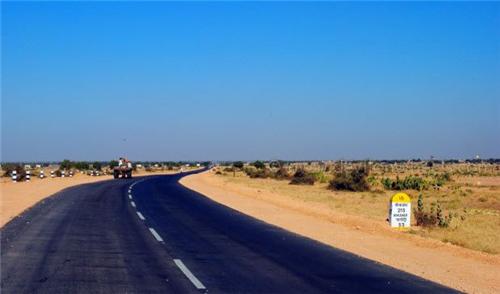 The city of Jodhpur is connected to almost all the major cities of Rajasthan and other neighboring states like Ahmedabad, Delhi, Surat, Agra, Ujjain, etc. Apart from express and deluxe bus services, Mercedez Benz and Volvo are also introduced by Rajasthan Roadways.