Jodhpur with its rich cultural and historical heritage, has ample varieties of flora and fauna that exist in and around the city. Situated on the Aravali hills, Jodhpur used to be the hunting preserve for the Maharajas even before its inception. With the construction of a full-fledged city, the wildlife of Jodhpur now exists in the outskirts of the city and measures have been taken to preserve and protect their habitat and them, in the form of National Parks and Wildlife Sanctuaries.

Some of the most well-known wildlife sanctuaries and national parks in Jodhpur are as follows: 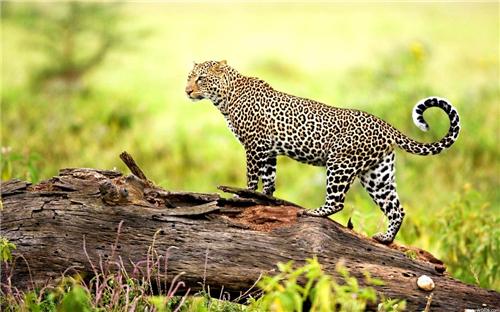 Machiya Safari Park lies a kilometer away from the boundaries of Jodhpur City, on the way to Jaisalmer. For those who are fond of wildlife, the park offers varied flora and fauna. The main animals of Machiya Safari Park include Deer, Desert Fox, Monitor Lizard, Wild Cats, Mongoose, Monkeys, Blue Bulls, Rabbits etc. Apart from these the park also has a special bird watching point, from where one can spot a varied number of bird species, hence it is a great place for bird watchers. Within the park complex also lies a fort, which gives a spectacular view of sunsets. All in all, Machiya Safari Park is a great place for family tours and picnic with kids.

Dhawa Doli Wildlife sanctuary lies almost forty kilometers from Jodhpur on the way to Barmer. The Sanctuary is home to a large number of animals like Black buck, Cheetal, Sambhar, Partridges, Antelopes, Desert Rats, Blue Bull, Desert Foxes etc. Since there is no accommodation available at the sanctuary, one can only visit the place. The best time for visiting would be the early morning hours or a few hours before sunset. For further assistance you can contact the forest office that is located in the rural huts in the sanctuary. 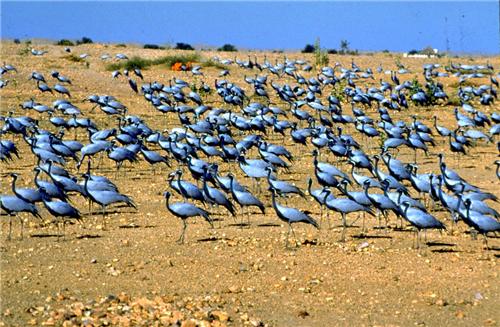 Kheechan is a small village that is located almost fifty kilometers from Jodhpur and five kilometers from Phalodi. What makes Kheechan unique is that it is a natural bird sanctuary, due to the migration of the birds called ‘Kurjan’, which are named so because of the noisy way they make sounds while flying. Also known as ‘Karkara’ and ‘Kunch’ these birds are native to South Western Europe, to countries like, Ukraine, Kazakhstan, Poland, North and South Africa, Black Sea, and Mongolia. Kurjans migrate to Kheechan every year and for a period of time, the flocks form a natural bird sanctuary in the village.

Desert National Park at Gajner, affronts its visitors a camel safari through the Thar Desert in its vastness; through all the forts, havelis, and gives an insight, into the royal heritage and the nomadic culture of Rajasthan.  The National Park is home to some of the most endangered species of India, like the Black Buck, Chinkara gazelles, Hyenas, and the rare Indian Wolf. One can indulge in a host of activities in the desert like, bird watching on a Camel’s back, as the camels let the birds come at close range, it gives you the perfect access for the activity. One can also spot endemic species like, Demoiselle Cranes, Indian and Hubara Bustards etc. one should visit Gajner in the early morning or evening to catch a sight of the Imperial Sandgrouse.